The European Casino Association has welcomed the UK back to full membership after its two-year absence. British operators were forced to leave the organization in 2020, following Brexit. The return of UK casinos to the ECA was largely spearheaded by CEO of the Hippodrome Casino, Simon Thomas. 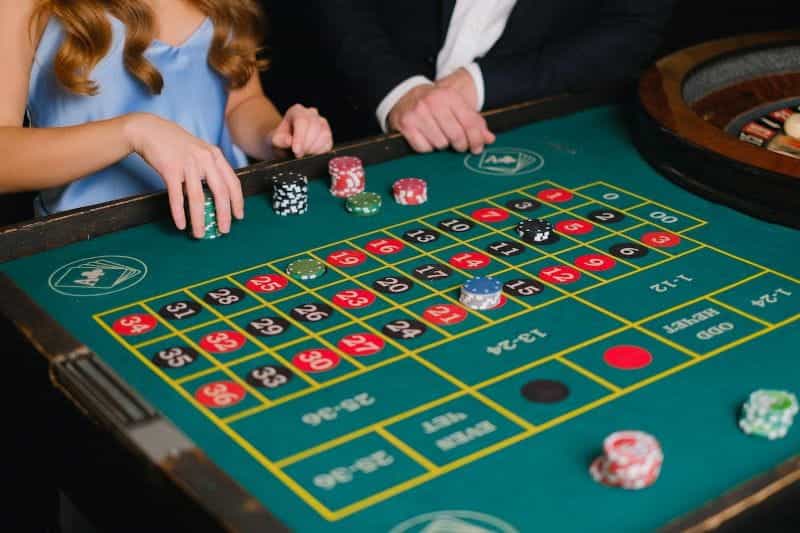 Casinos in the UK were forced to leave the European Casino Association after Brexit. ©Anna Shvets/Pexels

Following a two-year absence, the UK has rejoined the European Casino Association. The ECA announced the good news, which was finalized at the ECA General Assembly held as part of the Casino Industry Forum at Casino Baden in Austria on the 28th and 29th of September.

In total, eight UK operators have rejoined the organization as full members, after being approved by members of the ECA. These operators include Aspers Group, Crown Aspinalls, Genting Casinos UK, the Hippodrome Casino, Les Ambassadeurs, Mayfair Casino, Rank Group and Metropolitan Gaming.

Per Jaldung, Chairman of the ECA was pleased to share the news. Jaldung described UK casino operators as having a lot to offer to the network of continental European operators, remarking:

“It was as great disappointment when the UK left the ECA in 2020, and from the outset we have been working to bring them back. The UK has a thriving land-based gaming industry, and we are extremely proud that our joint efforts have led to the successful re-entry of the UK as a full member of the ECA.”

UK casino operators were forced to leave the organization in 2020 following Brexit. Since then, the UK gaming sector has faced a variety of new challenges, not least the threat of stricter gambling regulations. The Government is expected to publish a white paper detailing extensive reforms following its much-delayed review of the 2005 Gambling Act.

However, doubts have recently been cast on whether the white paper will be published at all. Former gambling minister Chris Philp claimed that the report was ready to be finalized and had been handed over to former Prime Minister Boris Johnson in July. With Liz Truss in place as the UK’s new Prime Minister, there are concerns that the gambling review could be amongst a number of plans to be scrapped.

Simon Thomas is Chief Executive of the Hippodrome Casino, one of the operators fortunate to have rejoined the ECA. He worked closely with the ECA on reuniting UK casino operators with the organization. The eight UK casinos have each signed a Memorandum of Understanding with the ECA allowing the UK to become a full association member.

Speaking on behalf of the Hippodrome Casino, Thomas said that he was delighted to be a member of the ECA again. He is looking forward to the next General Assembly, which will be held at ICE London on February 7th. Thomas continued:

“I am delighted to be back in the fold of the European Casino Association. As the representative for the eight UK casino operators within the ECA, we are stronger together through shared experiences. As a full member, we will be capitalising on the knowledge base of the European land-based sector and the incredible value it creates for its members.”

The ECA’s rekindling of memberships with UK casinos comes as its first significant interaction with a major private company since it partnered with payments provider OKTO in April. OKTO’s strategic agreement with the ECA sees it provide advice and guidance to help casino members deliver digital payments experiences to their customers.

It’s a major deal for OKTO to have struck, as the ECA represents 900 casinos across 29 European countries. OKTO has recently partnered with two other leading businesses in the gaming sector, Spanish operators Codere and Tecnausa. CCO of Okto, Simon Dorsen, spoke about the exciting deal with the ECA at the time, stating:

“This partnership demonstrates OKTO’s desire to collaborate with industry experts to drive innovation and bring the best payment experiences to users. We look forward to sharing and exchanging knowledge with other industry leaders to ensure that collectively, we succeed in driving the industry forward and benefit all stakeholders – consumers, casinos, payment providers and regulators.”

The return of the UK to the ECA was not the only surprising announcement to be made at the General Assembly last month. Per Jaldung, the ECA’s Chairman, announced that he intends to step down from his position as CEO of Casino Cosmopol after 20 years with the company.

Jaldung has acted as CEO of the casino operator since 2008, when he oversaw its official opening in Stockholm. Sweden’s Deputy Prime Minister Maud Olofsson was there to mark the occasion, performing the first spin on the roulette wheel. His achievements were recognized at last year’s Global Gaming Awards in London, where he was given the Chief Executive of the Year Award.

Over the course of his tenure, Jaldung has seen a wide variety of events unfold at Casino Cosmopol. Amongst the most memorable were robberies, penalty fees and fires on the gaming floor. More positive experiences include taking part in the University of Nevada, Las Vegas’ Executive Development Program, Chairing VLT projects and being named Chairman of the ECA.

Jaldung will continue in his role as ECA Chairman until the next General Assembly is held on February 7th 2023. There, the ECA Board will present proposals for his successor, which the General Assembly will vote on. Jaldung has held the position of Chairman at the organization for seven years so far.

Reflecting on his departure from Casino Cosmopol, Jaldung said that he expects to leave his role at the end of the year. He took the opportunity to thank the many talented people he has been fortunate enough to work alongside, and is looking forward to handing over the baton to someone who can continue to develop the operator’s casinos for the future. In the meantime, Jaldung will continue to lead the business as usual, whilst preparing for the management handover.